The Boise River Enhancement Network teamed up with Eagle Parks and Recreation to enhance riparian habitat at a new park site along the Boise River in 2019. The project doubled as an outdoor classroom to teach willow harvesting and planting techniques. The site of the future Charlie Wood Park includes two ponds that initially had little native vegetation to provide habitat for birds and animals and shade the water. Weeds dominated the shoreline and upland. The City of Eagle plans to have Charlie Wood Park be a natural area for walking, bird watching and enjoying nature.

The project kicked off on February 28 with a willow harvesting workshop taught by Roger Rosentreter.  In cooperation with the Wetlands Group, participants harvested willow stakes from the wetland at Willow Lane Park. The day was damp, but timing is everything for successful harvesting and planting of willows. It was important to get the willows in the ground before they started their spring growth. Dozens of stakes were carefully cut and bundled. They were taken to the pond at Charlie Wood Park and submerged to start the growing process. We were afraid beavers might make off with them in the few days they were there. Luckily, they were all there when we returned to plant them. 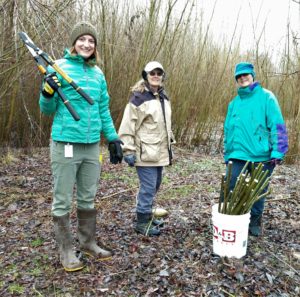 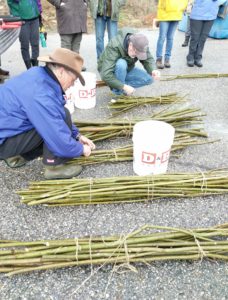 Planting day was March 9.  With the support of the Idaho Fish Department and Game (IDFG), Suez, City of Eagle, The River District HOA, and expertise provided by Roger Rosentreter, 20 people learned about willow biology and the proper techniques for planting. They learned how to use a variety of tools, including a water jet stinger provided by IDFG, and enjoyed a hot lunch provided by Suez. Volunteers harvested even more stakes along the river and planted those along with the stakes that had been soaking in the pond. In total, 259 willows were planted. The water level in the ponds was low on March 9, but we knew that would change as flows in the Boise River increased. We had to guess how close to the water line to plant them. 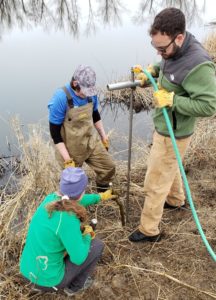 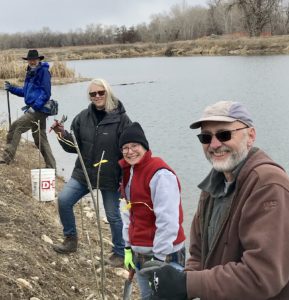 The willows were growing by April 6.  There were new leaves and sprouts on almost all of them, with the exception of the ones that had become beaver food.  While beavers generally don’t kill well-established willows, we worried our newly-planted stakes wouldn’t survive. 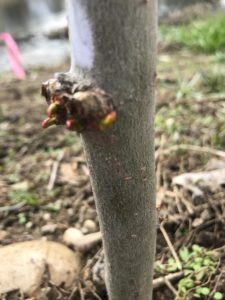 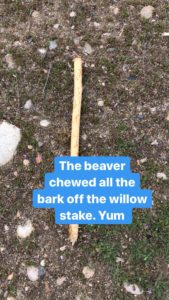 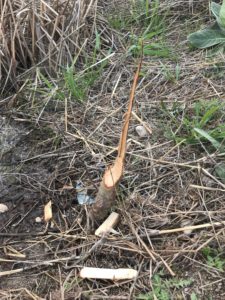 Flows in the Boise River started to increase in mid-April when the dam managers released water from the reservoirs to make room for spring runoff.  The ponds at Charlie Wood Park are hydrologically connected to the river, so when the river rises, the ponds do too.  The water slowly crept up, inundating the willows inch by inch. There was no way to know how high the water would get or for how long. Would the willows survive? We didn’t know it at the time, but flows in the Boise River would stay very high until July. 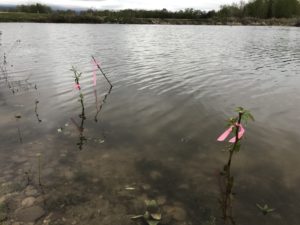 BREN teamed up with 35 employees of Xylem/Sensus on April 22, Earth Day, to clear weeds and harvest and plant hundreds more willows at Charlie Wood Park. The water level in the ponds was significantly higher than the March 9th planting day. Many of the willows planted in March were underwater. The April 22 volunteers were forced to plant higher on the bank, meaning the willows would have farther to go to reach water in the summer. Would they survive? 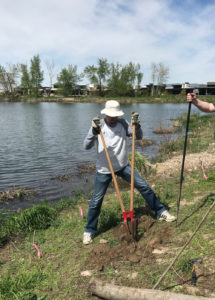 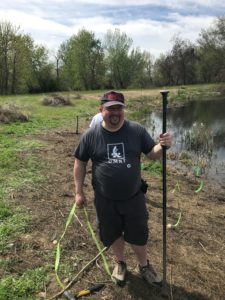 The Charlie Wood Park willows were left alone over the hot, dry summer. There was a lot to worry about. The willows planted low remained inundated for weeks and the willows planted high didn’t receive a drop of rain to tide them over while their roots pushed down to the water table.  Inspections in August and October revealed the weeds had not suffered in the least from the growing conditions. The kochia, Russian thistle, tumble mustard, poison hemlock and other weeds were thriving. But in and among the weeds were the willows. A few willows towered over the weeds. Others were struggling beneath a mass of weeds. There were many variables including a variety of species of willows. The first lesson we had learned was to plant more than you want because they won’t all make it.

The photo and closeup below are of one of the tallest willows. Look carefully to the left in the closeup and you’ll see a stake that didn’t make it (this year). 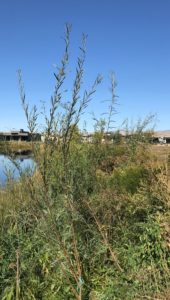 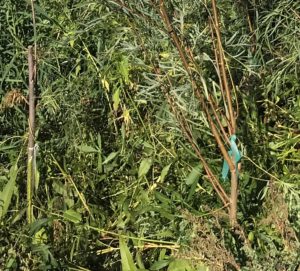 It was hard to believe the big willows had grown from the tiny stakes we’d planted, but a close look revealed the cut the volunteers had made when harvesting or the flagging we had tied around the stakes.  We had painted the stakes harvested on February 28 to help us distinguish them from the others, and the paint was still visible! See the blue tint in the middle photo. In October, we found willows of a wide variety of sizes, from single stakes to large bushes. The willows that were planted too low (completely inundated) or planted too high on the steep banks had higher mortality. 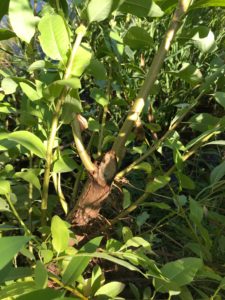 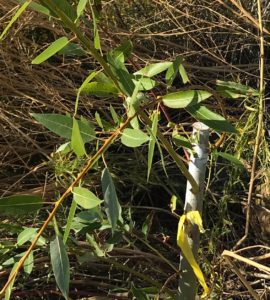 In nine short months, BREN volunteers transformed much of the shoreline of the Charlie Wood Park ponds. The willows are well established and should flourish. On November 2, BREN is returning to Charlie Wood Park to plant other native riparian plants to continue to enhance the habitat. For more information about Wetland and Riparian Habitat on the Boise River, please refer to the Boise River Enhancement Plan, created by the BREN community in 2015. 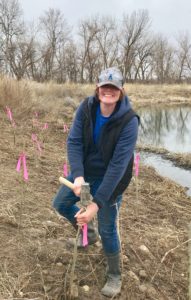 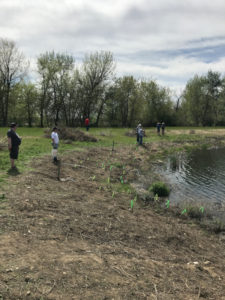 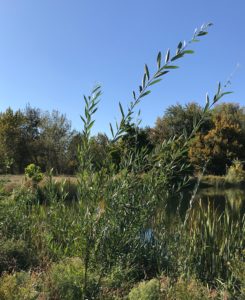