The Boise Valley Fly Fishers (BVFF) recently completed a project that adds critical spawning habitat to the Boise River that will aid in reproduction of wild trout. The Boise River New Dry Creek South Channel Gravel Augmentation Project was completed on January 23, 2021 in the Garden City stretch of river. 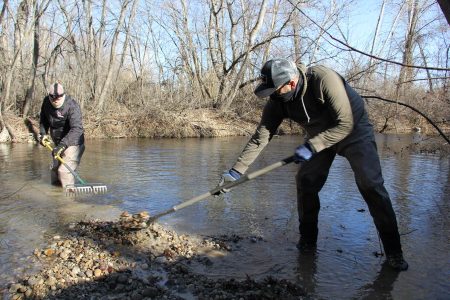 Wild Trout in the Boise River

22 species of fish have been identified in the lower Boise River, but rainbow trout, brown trout and mountain whitefish are the stars of the cold-water game fishery.  According to the Idaho Fish and Game, there are reproducing populations of these salmonids in the lower Boise River. (Watch this presentation by IDFG’s John Cassinelli to learn more about the fishery.)  A natural reproducing wild trout population is indicative of a healthy river corridor ecosystem.  One of the key indicators of fish health and viability is the number of young fish (fry) in any given section of the river.

Idaho Fish and Game (IDFG) surveys and electroshocking projects show that both rainbow and brown trout populations in the Boise River vary considerably based on location and factors such as water temperature, cover, and spawning suitability of the stream bed.

The success of a fish population is dependent on availability of viable spawning beds where fish can build the fish equivalent of a nest known as a redd.  Eggs are laid in the redd where they incubate for many weeks before hatching. Spawning beds must meet a number of requirements including having adequate year round flow, an appropriate stream bed contour, appropriate substrate (the organic and inorganic material on the bottom of the river), adequate tree canopy, and existing woody cover and protection. There’s a lack of appropriate substrate in the lower Boise River because the dams upstream catch much of the gravel needed to replenish spawning areas degraded by high flows over time. 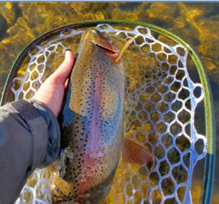 BVFF’s goal was to create a sustainable spawning section of riverbed in a reach of the river that can support both rainbow and brown trout reproduction. Flows in the Boise River can vary widely depending on snowpack and flood control, the call for irrigation water, and habitat needs.  While averaging somewhere around 1500 cubic feet per second (cfs), the Boise River can range from a minimum stream flow of 250 cfs in the winter to 6000 cfs or more in abundant snow years.  While rainbow trout spawn in the spring during higher flows, brown trout spawn in the fall during some of the lowest flows of the year. These flow variables made identification of a suitable stream channel critical to the BVFF project.

Using lessons learned from the Ted Trueblood Chapter of Trout Unlimited Heron Creek project, BVFF identified a side channel in need of gravel augmentation; the New Dry Creek South Channel. IDFG trout fry surveys show this area has fewer fry than many other areas, which made it a good target for habitat improvement. This side channel was modified recently by Flood Control District 10 to manage high water in the area and provide fish passage around the large diversion.

BVFF consulted with Idaho Fish and Game and BioAnalysts and then obtained permits from both the Army Corp of Engineers and the Idaho Department of Water Resources. They secured a $500 supporting grant from Fly Fishers International, donation of augmentation gravel from Sunroc Corporation, and assistance from the Flood District. On January 22 and 23, members of BVFF and other volunteers placed 10 cubic yards of the appropriate type and size gravel in three areas of approximately 1,000 feet of side channel. BVFF volunteers will monitor the side channel for trout spawning activity.

This is BVFF’s first gravel augmentation project. BVFF volunteers will monitor the side channel for trout spawning activity. They plan to continue to do trout habitat projects to improve fishing opportunities for the Treasure Valley.

Volunteer Project Manager Troy Pearse said, “The Boise River is a wonderful resource for the Treasure Valley but the lack of good spawning habitat is limiting wild trout reproduction.  We hope that this project will improve the wild trout population and make the Boise River an even better fishery for the community.”

The goal of this and other projects such as these, is that not only will they achieve their specific project goals, but also  provide best practices that are measurable, repeatable, and result in enhancement of the lower Boise River corridor. Read more about the project and BVFF here. 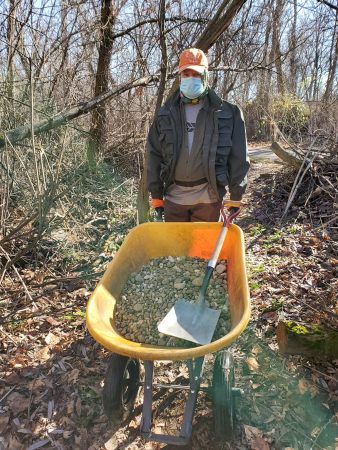 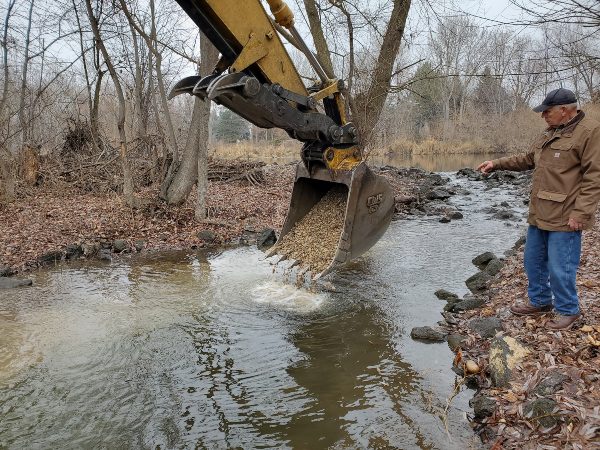 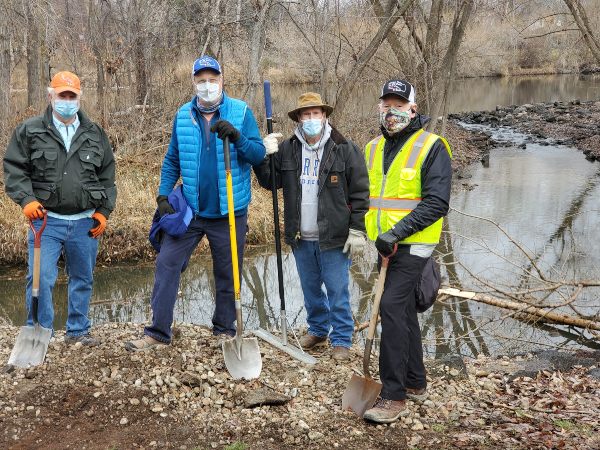 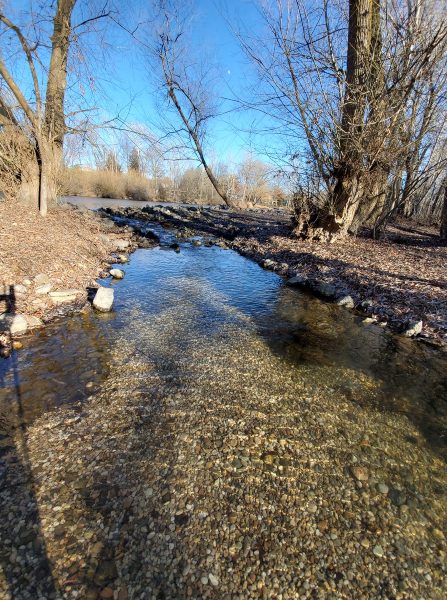 It Takes A Team

BVFF  would like to recognize and thank all of those who contributed to this project.

• Our local chapter of Trout Unlimited for sharing their knowledge of how to do gravel augmentation;

• BioAnalysts who helped us evaluate the side channel for viability and target improvement areas;

• Idaho Fish and Game who helped us choose optimal areas for gravel augmentation;

• Sunroc who donated gravel for the project;

• Boise Flood District 10 who moved the bulk of the gravel to the river and helped improve the large woody debris in the side channel to improve habitat for trout fry;

• Fly Fishers International for their grant to put a trout habitat educational sign at the project site;

The Boise Valley Fly Fishers is the oldest fly-fishing organization in Idaho, founded in 1971 and is celebrating their 50th anniversary this year. The Boise metropolitan area has grown significantly in the past few years, and so has the local interest in fly fishing. Their mission is to promote the sport of fly-fishing through education and conservation activities.  For more information about this project and the Boise Valley Fly Fishers club, see their website at http://www.boisevalleyflyfishers.wildapricot.org/.