Good news, as of March 11, 2017, according to data provided by the NRCS SNOTEL sites, the Boise basin snow-water equivalent moved up 7 percentage points since earlier in the week to 152% of normal. 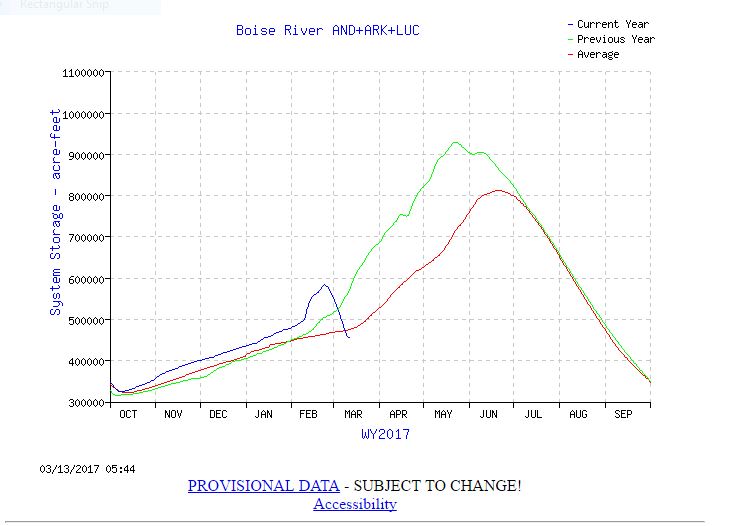 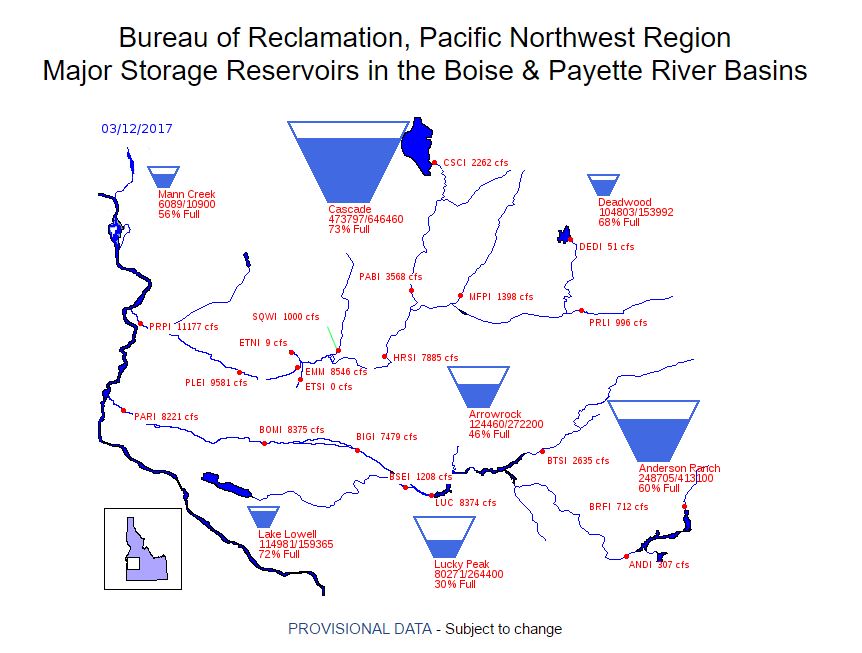 Meanwhile, the NRCS’s March 1 Streamflow Forecast is calling for nearly 2,500 kac-ft of runoff out of the Boise River in March-July (range 2,140 – 2,750), where the 30-yr average is 1,430. The underlying message is that we’re going to need to run approximately 2,500 kac-ft through a 500 kac-ft bag in the next few months. That’ll be more than we’re accustomed to seeing.

Now that the recent rain has dogged off and the sun has come out, inflow into the system bumped up from 2,400 cfs to 6,816 cfs. Increased inflow will add just a wee bit more pressure on our reservoir bag. Last week flows on the Boise River, as measured at Glenwood Bridge, eased into the official National Weather Service “Flood Stage,” when the 7,000 cfs marker was crossed on Tuesday, March 7. Since crossing the official threshold, flows have been steadily increasing to the 7,500 cfs range we’re seeing today. The last time we saw flows this high was in May of 2012 when the river peaked at 8,310 cfs.

Water managers continued moving water into Lake Lowell through the New York Canal. Last week, Lake Lowell increased 7.5 kac-ft. If the irrigators weren’t taking that water, that’d be an additional ~1,000 cfs through town. The next time you bump into an irrigator on the street or in the field, you might just offer a heart-felt “Thanks!” for what they’re doing to reduce flood risks. 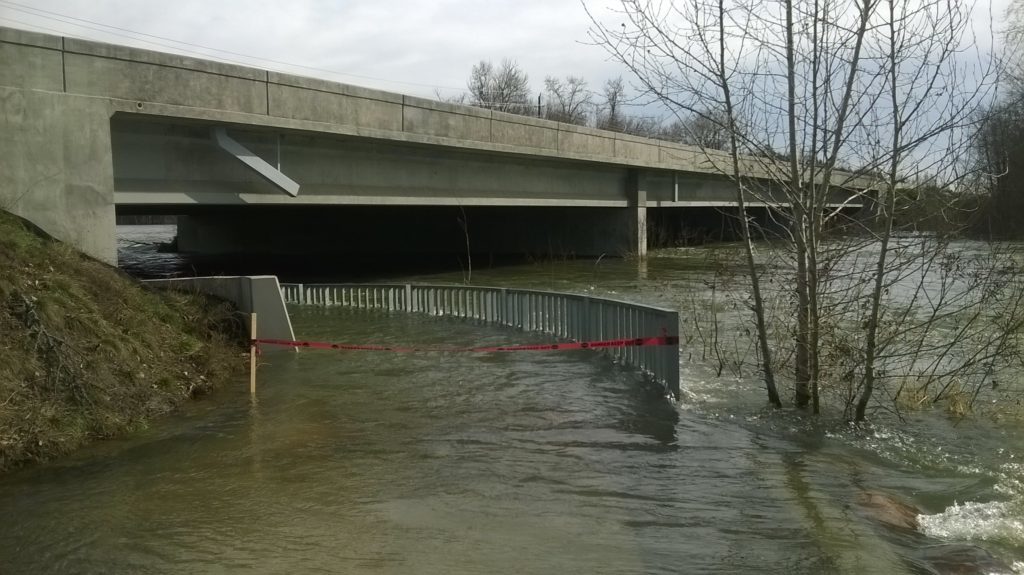