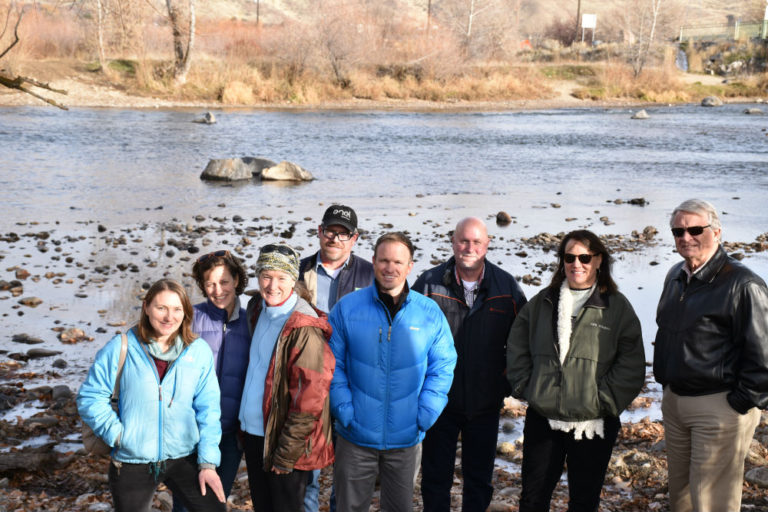 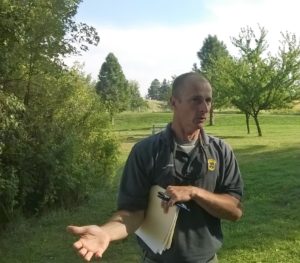 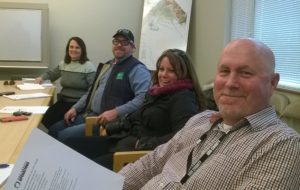 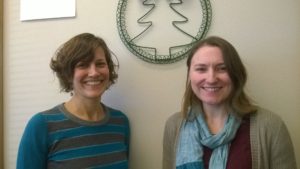 The $45,000 project included two strategies designed by Idaho Fish and Game to improve aquatic habitat by increasing channel complexity as well as providing more cover and current breaks; engineered log structures and boulders. The log structures, two on the north bank and one on the south, are partially buried in the riverbanks and anchored to the river bottom with log pilings. The boulders were carefully placed to improve channel dynamics. 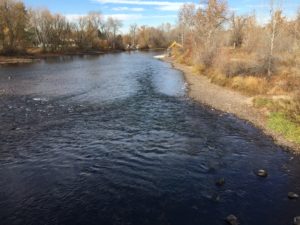 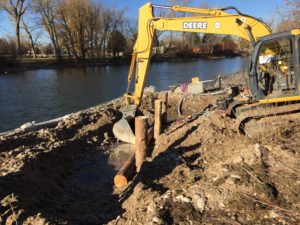 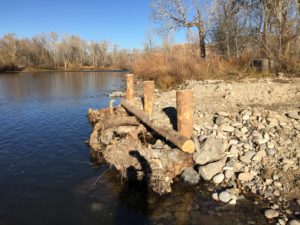 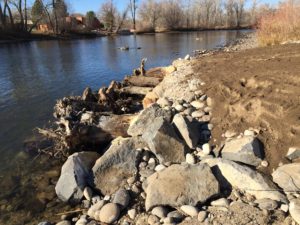 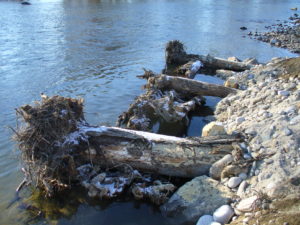 Three vertical logs were pounded into the river bed to anchor the structure. Logs with root wads were buried into the bank and bolted and cabled to the anchors. A pool was excavated for the root wads. Smaller log were built into the structure and cabled in place. The anchors were trimmed to ground level, protective rocks were placed and planting mix was placed on top. Native plants will be planted in the early spring. 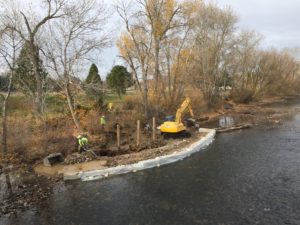 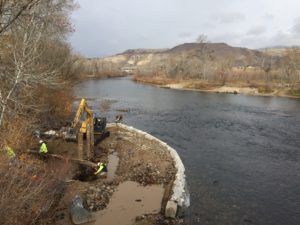 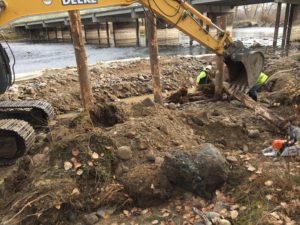 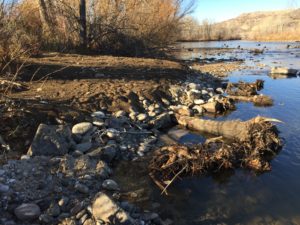 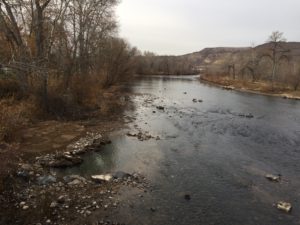 South bank – Good view of the large coffer dam installed to protect water quality during construction. Logs were sourced from the Broadway Bridge project and other local projects. The excavated pool provides more habitat around the wood. Rocks are placed upstream to divert flow that could stress the structure and fill in the pool. During higher flows the structures will be under water. The structures are very dense with wood. 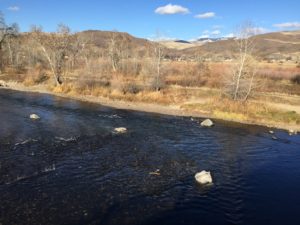 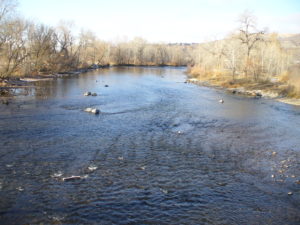 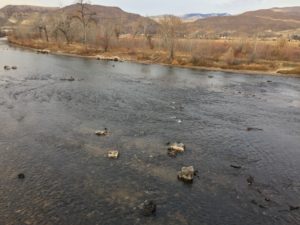 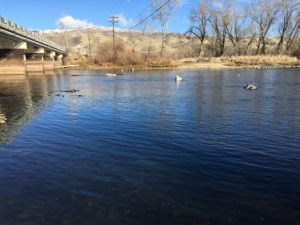 Boulders were donated and placed up and downstream of Eckert Bridge.  The boulders were placed singly and in clusters.  They provide resting places, cover and current breaks.

The Idaho Department of Fish and Game generously provided permitting, engineering and project management services necessary to implement this project. The project was funded by Ada County and EGP-NA who operates Barber Dam Hydropower Project.

Thanks to Scott Koberg, Kate McGwire and Liz Paul for providing these photos.