Improved Habitat Ahead for Hyatt Reserve

The Boise River Enhancement Network, the Land Trust of the Treasure Valley and other organizations and volunteers are working with the City of Boise to reduce weeds and improve habitat for birds at the City of Boise’s Hyatt Hidden Lakes Reserve. The groups are implementing recommendations of the Hyatt Hidden Lakes Reserve Master Plan with support from the National Fish and Wildlife Foundation.

Eric Willadsen, Stewardship Coordinator for the Land Trust of the Treasure Valley said, “Native plants will attract more birds and wildlife, reduce the risk of fire and beautify the reserve. There’s tremendous potential for improvement.”

Feral cereal rye dominates the hillsides at the reserve. Photo – Land Trust of the Treasure Valley

Project partners assembled a team of habitat experts who visited the reserve in September and made site-specific recommendations that Martha Brabec, Boise City Department of Parks and Recreation Open Space Specialist, has incorporated into the draft Hyatt Hidden Lakes Revegetation Proposal.

Ada County Weed Control applied herbicide to some areas in the reserve this fall to kill invasive grasses. Volunteers and staff will plant drought-tolerant species including sagebrush, sandberg’s bluegrass, Canada bluegrass and sheep fescue in these areas in 2018.  Low flammability shrubs such as oakleaf sumac and mockorange and low growing grasses will be planted in the uplands on the western edge of the reserve. Clusters of chokecherry, golden current, rabbitbrush, and sagebrush will be planted in the transition zone between the wetlands and uplands.

Habitat experts look at the disturbed hillsides at the reserve. Photo – Land Trust of the Treasure Valley

Visitors have observed 124 species of birds at the reserve. These include finches, wrens, sparrows, woodpeckers, swallows, warblers, hummingbirds, doves, quail, hawks and other species that use the uplands. The proposed enhancements will greatly improve nesting, foraging, and cover habitat for the upland birds. Native plants support populations of insects and critical pollinators too. Heidi Ware of the Intermountain Bird Observatory will make a special presentation on the “Hillside Birds of the Hyatt Reserve and the Plants They Love” on Thursday, November 30 as part of the Hyatt Reserve Open House. 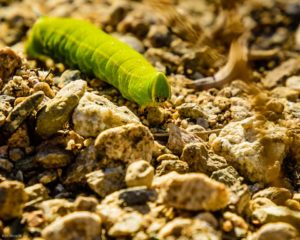 The Open House is Nov. 30 from 5:30 – 7:30 pm at the Boise WaterShed, 11818 W Joplin Rd, Boise, and presentations start at 6:00. Information about the project and the draft Hyatt Hidden Lakes Revegetation Proposal will be provided and public comments will be accepted.

“We want to hear what reserve users and reserve neighbors think about the proposal. Engaged community members created this special pocket of urban open space and strong community involvement is needed now to make these desired improvements,” said Martha Brabec.